In the erotica of my people we were always discovered.
Discover me.

TBB said she thought I sounded like I was in a fight to see how far I can go without having someone discover me.

I laughed.  “Like how many times can I hit myself in the head with a hammer before someone notices?” I suggested.

“Problem is that I already know that.  A few years ago, March 21, 2005, I cut the tip of my right index finger almost completely off on the crumb tray of the toaster oven.  I asked my father for help, because there was no way I could bind the wound alone, with only my other hand.   I told him it was the worst cut I had ever had.

“He came up, saw me rinsing, and then went to check if I had damaged the toaster oven in any way.  He then proceded to tell me how I should have avoided the cut.

“He waited for a bit, and then went to pick up my mother at the pool.   I sat on the porch, holding my finger, wrapped tightly in paper towels, to keep pressure on the wound.

“He came back, and it was not until my mother, who was less lethargic two years ago told him to go look at my wound.

“When he saw it, he wondered if I needed to go to the emergency room.  Emergency Room!  This is a man who never thinks you can’t do it yourself, be that car repair or court.  Myst have been bad for him to suggest that.  But I have big debts because of blowing out my ankle picking up their mail, and no way that would work.

“I told my parents that I had the worst cut I had ever seen, and it took them an hour and a half to take me seriously.

“Now, everytime I look at my finger and the big bulge, I know that I can hit myself with a hammer many times and no one will notice. 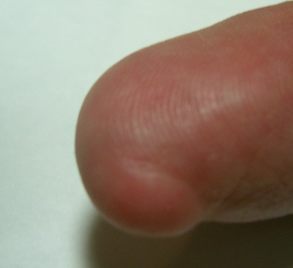 TBB laughed.  What else could she do?

We had previously talked about her friend who hit a patch of sand while they rode their new motor cycles.  She slid out, bruised and scraped, but safe.  Her bike, though, has a scraped up tank.

TBB was dubious, but for me, once I need to repair something, or change something, I make it my own.  After all, the scars on my body and psyche are all mine, marking my history, the falling down and the getting up, why shouldn’t the scars on my objects mean the same thing?  My left hand still has the scar tissue between my two last fingers from the scrape where I hit the sand in sixth grade, and that is a history, just as much as the big stitch marks from my fourth grade glass slice at the base of my first finger on that hand.

In the erotica of my people we were always discovered.
Discover me.

We agree, TBB and I, that at least until I can find a space to walk in the world in my own expression, and maybe not even then, I will keep feeling the deep need to be discovered, and the deep sadness when I am not.

Being discovered is a romantic notion most people my age have long given up, some would remind me.   They have learned to settle for being one of the gang, taking the role into which they were cast and making it their own.

Maybe I just have too much scar tissue, too many challenge for anyone to map.

But isn’t that the cry of the moment; It’s never too late?

3 thoughts on “Discover Me”

This site uses Akismet to reduce spam. Learn how your comment data is processed.